I am looking to buy a new TV and am stuck. There are so many terms which I have no idea what each means. This is my shortlist. My budget is 35k or below. The main quality I prefer is PICTURE QUALITY & 2 Motion smoothness for the price of course. Prices are those I have asked around not those on the link.

Also does anyone have a reliable retailer?

This is a recommendation I will follow as well, feel free to throw in all TV options between 40 inch and 55 inch, both smart and non-smart.

The main quality I prefer is PICTURE QUALITY

I would suggest you pick Samsung… It’s likely to have uniform colours… rarely suffers dirty screen effect… Sony is also good but I don’t trust Jumia sellers. I would recommend TCL or Hisense, but I have realized these two only sell the best in US, in kenya they bring crap (in my expereince). But I am obviously biased cuz I own a Samsung.

TV options between 40 inch and 55 inch, both smart and non-smart

I would recommend Samsung RU7100. It has a VA panel (from reviews I have been reading) which means deeper blacks (but poor viewing angles). I am also about to upgrade to 7100… or just wait for next year’s version. But don’t expect much, anything below 100k is budget. I will have to wait until 4k tvs with dolby vision zianguke bei

Have you guys noticed that LG sells its flagship (C9) for 1.1 million bob in kenya… but 500k internationally? I have never understood why TVs are not priced similarly or have same specs everywhere argh…

TCL 6 series are really good, but they are only in US.

Well, we have one of the Highest Tax Rates around hence translating to higher prices…

But don’t expect much, anything below 100k is budget

Well, we have one of the Highest Tax Rates around hence translating to higher prices…

Okay I know how it sounds. Of course there is a difference between 20k and 40k … and also 70k. But most of the high end features are not available at <100k range… Especially colour and picture reproduction. But you won’t notice it unless you compare high end or mid-range and budget.

Okay I know how it sounds. Of course there is a difference between 20k and 40k … and also 70k. But most of the high end features are not available at <100k range… Especially colour and picture reproduction. But you won’t notice it unless you compare high end or mid-range and budget.

I was unable to choose and ended up buying a DSLR

Nikon have the D3500 on offer at 35K. I think the W660F has one of the better screens after seeing it upclose. The LGs in that price range are also very good.

My 43 inch sony W66F was stolen a few days ago, yani someone entered the mansion and carried just the screen. I am looking for TV anti theft kit next time, I have seen some interesting ones online.
I am in the market for a new screen and so far I am liking a 49 inch 4K lg going for 59,999/- I checked it up close and it’s crisp.

So guys, we’ve been trying to work on availing information on TVs people can buy in Kenya… so far this is what we have:

These Are The Xiaomi TVs You Can Now Buy In Kenya

The trend of smartphone manufacturers moving to the world of home tech has been going on for a while and Xiaomi is on the bandwagon...

All You Need To Know About TCL TVs, Prices and Where To Buy Them In Kenya

We're all accustomed to regular brands, Sony, Samsung, LG etc. New brands like TCL have joined the market. We've got to see what all the hype is about.

What has sparked the revolution, even more, has been the emergence of smart TVs. Talk of a huge screen stuck to the wall that just...

Check them out, might be of help to you. Would also appreciate feedback and pointers on what TVs we should go ahead and do reviews on as well as make more lists on them…

May I ask why not?

so far this is what we have:

The only TV I can recommend hapo ni LG UM7340 55". But inauzwa wapi 64k? that’s a bargain for what you get. Curved achana nazo.

I have a Sony and i know for a fact that panel is very fragile,crack ndogo na hiyo TV ni marehemu,the software is great but you can get android tv with a box.My suggestion is go for a Samsung or LG model with a proper tough IPS panel.

they still got great software but hiyo hardware is just not on the level of Samsung or LG…Even their OLED panels are from LG display bana.

The sony worked fine with my sony Home theater but it was not so smart only youtube and and neflix plus the usual shitty browser.
I want to try LG, I compared the at naivas and their brand shop in Mombasa, I want to go to 49 from 43 inches,

You may also wish to check out this 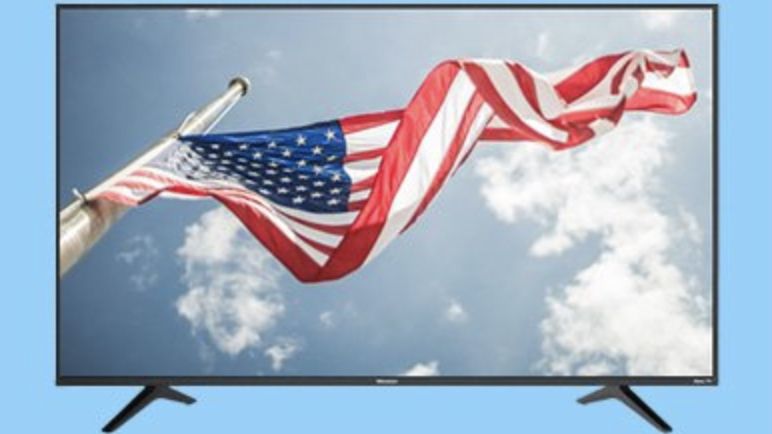 If you are intending to buy a TV my recommendation is you wait till December at least for the 2020 models for Samsung,Sony and LG to check into the market.Trust me,the 2020 models have more future proofing and a lot of major improvements and features.Go for nothing less than 4K HDR,it doesnt even have to be smart,but if you can afford (Budget ya 40K or 50K) get one of those,preferably 43 inches going up.