Some great news today abt Microsoft edge being made available on Android and IOS by the end of the year Gizchina reports that Microsoft is working to bring the browser to the rivals. I cant hide my happiness coz i loved edge on windows phone due to its capabilities if the same cud be brought over wat else wud i ask for 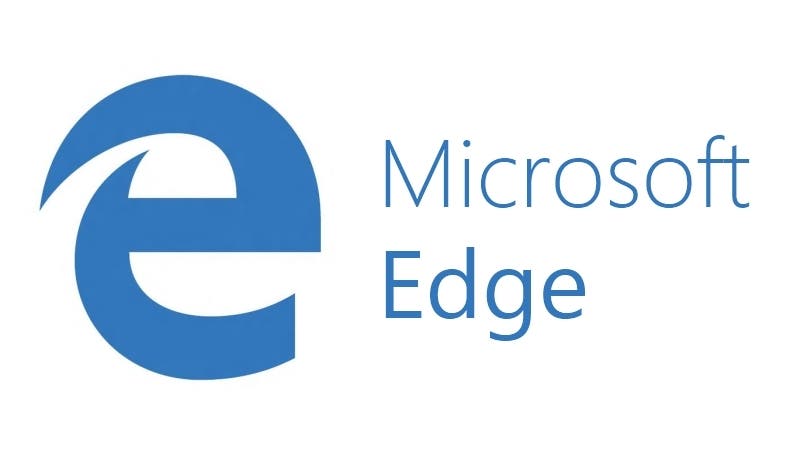 Microsoft Edge on iOS and Android: How Does That Sound?

Microsoft Edge on iOS and Android: How Does That Sound? Microsoft is working to ensure that this browser becomes a multi-platform by the end of 2017

Some of us are trying to relate. Maybe we’ll try it our when it does get available. For curiosity’s sake.

I have the same question too. If it’s better when it comes to battery consumption that can be good.

Hmm… I will try it out and see how it goes

I have a touchscreen laptop and scrolling on Edge is much more responsive than any other browser. That would be enough for most people to switch. The recent updates seem to have made Chrome on Android worse (at least for me).

TBH, Chrome and Opera can do this already. I have not used Firefox on my phone.

plus it got some good extensions

The selection is very limited compared to Chrome or Firefox… But the number is growing.

I am an insider but without the latest creators update I can’t download Edge on Android. I shall wait for later of when it is publicly available.

I used edge way back when it was introduced with windows 10 but I found it quite uncompelling. I liked the smoothness of it but page load times were bad especially when they have lots of active content. The add-ons were pretty much non-existent and the few that were there pretty useless. I must say that it was years ago but I am yet to hear of any features of the browser that blows the rest out of the water. Maybe I’ll try when it comes to Android but I probably won’t keep it. My phone only has four permanent browsers: Chrome, Opera, Orfox, and Puffin. The rest come and go and that’s probably the fate that will befall Microsoft Edge.

On android its better to stick to chrome or opera…Edge still needs more work.

Most mobile browsers which cannot block ads are useless. For me, Android AdBlock browser remains my choice browser. I prefer PRIVACY first more than any other feature.

I have been trying out Edge on Android and my first reaction is a mixed bag. First, as expected, scrolling and panning is quite smooth regardless of the website being viewed. Scrolling performance is similar to Chrome but better than Opera. Page load time seems similar to Chrome but is again a bit faster than full Opera on a 5Mbps safcom FTTH connection with nothing else using data. The same applies on my faster Telkom 4G connection.

The biggest disappointment that I’ve experienced is memory usage. This browser is extremely memory hungry with average RAM usage being about 200MB and peaking at a massive 1.5 GB! I have not had more than 7 tabs open at any point.

Edge manages to use so much RAM by spreading it across numerous individual processes. The memory consumption surprised me so I tested both chrome and opera using the same conditions to see if it’s the norm. Both of their average memory usage were lower than 100MB and peaked at around 500 MB. This is the first time that I’m seeing apps being kicked out of RAM on my 3GB RAM phone. Specifically, only Edge got kicked out of memory. During testing, I minimized Edge to use the other browsers but when I came back to it I had to wait a couple of seconds for it to start working normally (I came back to a white screen before the open tabs view showed up.) It was a relief to see that it had to reload just one of the 7 open tabs. Using Edge for a while with some further multi-tasking did not get either Chrome or Opera removed from RAM with each having 7 open tabs which were still fully loaded.

I opened html5test.com to see how Edge performs compared to the other browsers and it beat both Chrome and Opera. Interestingly the site says that I’m using Chrome 58 which is odd unless Edge uses the chromium engine (maybe they were unable to port the EdgeHTML and Chakra engines they use on the Windows version.) It’s quite older than the one Chrome uses currently but they must have optimized it quite well since it outperformed Chrome and Opera. It also supports features that the other two don’t.

In conclusion, memory usage is the biggest concern for me using Edge but the rest seems to be working well so far.

Here is some more absurd memory consumption by Microsoft Edge browser on my Android phone running Marshmallow. Again, I had less than 7 open tabs when it was taking up to a maximum of 1.9GB of RAM. The browser had a whopping 18 processes running even though I had only around five open tabs. This is quite worrying.

Not unexpected. The browser is chromium based. So I have been using Edge quite a lot over the past couple of weeks instead of Chrome for the sake of Science. It’s pretty similar to Chrome in terms of speed but I still have a problem with its memory consumption even after updating it to the latest version. It still sometimes eats almost 2 gigs of RAM even though I keep an average of 5 open tabs. When it reaches such an unreasonable RAM consumption it starts to become unresponsive as the system is forced to do garbage collection (trying to find more RAM from other processes or edge itself.)

This is quite nagging because it forces me to keep fewer tabs because of its memory hungry nature. I have come to think that the excessive RAM consumption might not even be tied to open tabs because 5 tabs should be easy for any browser to handle. My patience is running out. I will be uninstalling it very soon if they don’t fix this issue in the next update or if I can’t wait any longer.

Are you using any browser extensions with Edge?

Either way if Edge is more memory intensive than Chrome (a known memory hog), then what’s the point? Back in the day you could at least justify using Internet Explorer.

I have been using Opera and Chrome interchangeably, (reason I use Opera is for inbuilt VPN) and I can’t complain. The experience is generally better. I specifically like this one feature that I recently discovered, you can mute music on a tab from the tab itself, no needing to navigate to the site to pause music. Why don’t you tell me these things?

I agree with @Peter_Ngure that Microsoft Edge is a RAM hog. Been there, done that.

This is Edge Beta on Android. It doesn’t support extensions as far as I know.