Zuku is currently marketing their product to users who consume content online. And not just for watching Instagram and Facebook video, but for those who will most probably binge watch series on Netflix or Showmax. Now here’s the problem, their fair usage policy says that beyond the marketing, they won’t let you do what they promised to do, in peace.

How does it Work?

Depending on your individual service package, you have a certain Fair Usage limit on your download volume. Users downloading an excessive amount of data within a month will instigate the “Fair Use Policy” which is much better and cost effective compared to broadband service providers that impose a Limited-Volume-Policy, which stops your usage, or instigates expensive over usage metering, after the Usage-Volume-limit is reached. In Zuku’s Fair-Usage-Policy, there is no disconnection, but the connection speed is dropped to a lower level - once you cross the Fair- Usage-Limits.

What this means is that if you’re converted because of the promise of watching full HD series on binge, you will most probably be buffering quite a lot of time if you do just what you intended to do when signing up. And you don’t even need to download torrents (by the way with a good internet connection you should stream versus torrent, uses much less bandwidth, and you need the space you save anyway), streaming itself will get you there.

11am to 10pm being the times when you get slow speeds because you binge watched means most of the important time you need to do R&R is covered in here. And there-in lies the problem.

I’m an extremely heavy user on the 30 Mbps package and I can’t say Ive ever experienced throttling of any kind. If I get the time maybe Ill download a couple hundred gigs and see whats what.

I been an avid zuku user for the last 4 years but i feel that they have stopped innovating and introducing compelling new products for potentially new users,they are also failing to realise that they are going to become a dumb pipe if they do not innovate around consumer charges,content portals and improving customer services…the 30Mbps is quite good and their prices are way better than Liquid telecom and their Hai product,but Safaricom fiber is spreading into zuku terittory with more affordable pricing that just might kick zuku out of the market…

Competition is good, gets the product better and prices lower.

Yes,i agree…Competition is good,Safaricom could easily destroy zuku as a business…So many scenarios FTTH is taking off in many residential estates with good incentives,A wide area Wifi(remember loopnet/Wazi Zuku wifi) network in residential areas and Ongoing countrywide 4G deployment enables them to reach more customers at lower costs that ever before,but all these depend on timely execution of strategy especially in Nairobi and Mombasa

Which is this affordable pricing from Safaricom?? In home Internet coverage, I think Safaricom is pulling the tail when it comes to pricing. Their prices are too exorbitant, that is where Zuku fiber beatss them in their own game.

It seems right now they are targeting people in gated communities and all so i’m unsure if they will target individual homes later on.

I have the 10mbps package which is actually quite great. Streaming 1440p content on YouTube is no problem well (day and night) which is a big plus from them.

It is very reliable. I’m now going to my 3rd month and I can only count on one problematic week where there was a lot of downtime, but they fixed the issue quite quickly.

I am a very heavy user and have never seen this until two days ago. I stream HD IPTV 24/7 literally. All of a sudden the server I connect to stopped responding, I of-course called Zuku and complained but they didn’t tell me what’s up. What they did is they delayed all my requests to the server. Instead of instant connection, it would stop me for a whole minute before I could go ahead.

Zuku is cheap interms of internet,and with enormous competition form safaricom and other players they must readadjust themselves and appear to be the best bed to lie on for content consumer.

So I learnt that Zuku has a plan to increase the speeds of existing customers. Whether that is responding to Safaricom or customer complaints, or innovating to make their product interesting, we’ll most probably need informed guesses for that.

How about these crazy speeds? https://t.co/OGJ34flsbR 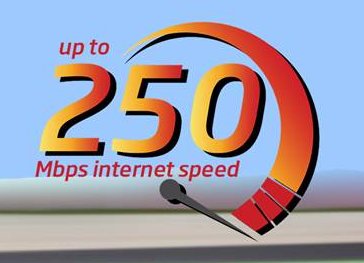 Adding bandwidth is not innovating,100mbps,250mbps,1Gbps…its all inconsequential if Zuku dont change the way they treat their customers or offer their services,besides i have come to realize that for most users locally,10mbps to 20mbps is the sweetspot…its enough for downloads and streaming,all that matters is the latency where safcom has the advantage coz of its end to end fibre termination unlike the copper end termination by zuku

Safaricom has less subscribers. That’s why

Kenyans can be brutal there’s an estate known as Khadija in Mombasa,zuku lost almost all the 150 customers in a day to safaricom fiber, safaricom eating up average one estate a day in Mombasa,

It’s not about brutality, it’s about service. You’re paying. You should get your money’s worth.

true man,Its hard to be convinced by zuku’s marketing team when you have already experienced their services and abandoned them…and they are even busy increasing prices on their packages while their network is not improving,when will they learn that bandwidth is not everything…latency and network reliability matter a lot…any 9 months into Safaricom Home fibre and i have no regrets,i even downgraded to the 10Mbps package for 3,500 monthly which feels adequate for me considering i am alone in using in at my place…its fast enough to stream 720p and 1080p content without any buffering…safaricom’s fibre infrastructure is even more superior to zuku’s aging one…too bad for zuku now(Wananchi group)…bleeding subscribers is bleeding revenue…

Kenyans can be brutal there’s an estate known as Khadija in Mombasa,zuku lost almost all the 150 customers in a day to safaricom fiber, safaricom eating up average one estate a day in Mombasa,

I once said here that in 3 years time or less, Zuku will be reduced to nothing. I’m seeing their infrastructure will either be sold or leased to other third party players by their new owners.