How Safaricom can Platform the future of Retail

I wanted to share a small thought experiment on how Safaricom can reimagine and disrupt local retail, a giant 20B+ industry. This is a breakdown from an essay I did on Safaricom and the opportunities in retail. You can read it in full here.

This is completely hypothetical and highly biased (in an optimistic manner) because i work in tech, if you need any clarification please point it out in the comments and i will happily respond.

1. Failed Experiments?
3 years ago (2017), Safaricom launched Masoko.com. The model was sketchy. Safaricom acted as a retailer but it was also opened to 3rd parties. However, they cut 3rd party vendors in November 2019, with a new revamp site that is still awful - 1, 2.
What went wrong?
E-commerce is hard in Africa. Some facts & numbers to back this:

Last year, the retail revenue was ~$20B, but e-commerce has managed to capture $640M, only 3%. Most consumers bought Electronics & Media ($430M) more than any other product category.

Copying & relying on traditional modes to E-Commerce won’t be viable for the current market, or is it? Amazon ranks as the 13th popular site in Kenya, 2 spots ahead of Jumia.

What are the alternative paths?

2. Consumer Behavior
Low-income consumers are underserved by ‘traditional’ e-commerce models which aim for upper-middle to elite consumers. For consumers in sub-Saharan Africa, shopping is a daily/weekly endeavor. Instead of large malls, the retail sector is dominated by small local shops (‘Dukas’), line shop kiosks, table-top kiosks, market & roadside stalls mom-and-pop shops. The quantity is low but the frequency is high allowing them to maintain a close working relationship with their customers. Most of these shops don’t have any modern form of inventory management, no POS, low cash flow, low margins, and credit needy shopkeepers.

One important feature in these shops is the presence of an MPESA agent(s). Safaricom has managed to work with the small local shops seamlessly when it comes to money transfer.

3. The Opportunity: Bundling of Retail
In the same way that the banking experience of the middle to low-income users was improved, their shopping experience too can. The need for an Online to Offline platform is massive.

I. 3rd Party Centric (3P)
This means that Safaricom acts as an enabler, rather than a retailer. Suppliers & retailers can setup up a shop in the platform and list their catalog.

(In 2014, Amazon’s margin from 3P was >85% while the 1P was ~25%). The platform aims to drive maximum sales value while providing all the back-office tools needed to the retailers.
The platform’s revenue will be a function of Gross Merchandise Volume (GMV). Say you sell 10,000, the cut of the platform is 1%, it will amount to 1,000.
The network-effects creates a virtuous cycle (more sellers attract more users, more users attract more sellers), like a rolling wheel, that never ends & is hard to escape/compete against.

II. Data-Driven
Good data creates better recommendation systems. Better recommendations create the best user experience. TikTok overstates this. Pre-Internet, customers didn’t matter much. Their aggregation at scale has pushed consumers to first priority.
Also worth noting is that the internet is moving from information arbitrage to recommendations & taste-making. Users want what’s best for them, not just what’s cheapest.
A good trend comparison between ‘Best’ (in blue) and ‘Cheap’ (in red):

The gold mine: Got a date tomorrow? Safaricom knows it. Need an overdraft to sort the bill? M-PESA got you.
Safaricom through its services has managed to control the financial, communication & the internet markets. They are the gatekeepers. Such data is utilitarian in retail. With users looking for the best services/products, the platform can attain a buying decision coordination that’s unmatched, retaining users & suppliers. Data is the business, everything else is a means.

III. An Eco-System
It’s tough to build a platform that fulfills all consumers/suppliers needs. An open & friendly platform where developers & partners can build upon & integrate with the core platform is essential. Economics should be aligned to incentivize this.
The network effects are two-sided. Developers build (micro-apps) on the platform attracting users, which in-turn attracted developers. Again, once this wheel starts rolling, it’s extremely hard to compete with. An ecosystem is more powerful than platform lock-ins. Apple & WeChat have perfected this.

Final thoughts
Safaricom is already part of retail via payments, but they seem rather comfortable. However they can do so much to improve this industry by offering a killer platform. The odds are already strong in their favor: Huge data pool, great customer base, undisputed monopoly, almost last-mile supply chain (agents distance average 1.4KM in 2018). Working on a platform that focuses on empowering their retailers (Mpesa super-users) & users via data & killer buying decision predictions can help Safaricom unlock an extra 100M+ in annual revenue.
There is a striking paradox in the technology business: The rich-get-richer and you get wiped out for not innovating. It’s the deadliest sin.
Safaricom’s failure to scale M-PESA to 1.7 billion unbanked people is something between social activism & communism. I won’t be surprised if this happens in retail under their nose.

Maybe am just too optimistic.

Happy to hear your opinions.

Though a big risk and need to be adjusted for local market can we have an Amazon for everything you buy when you go to shop?

For the high-end and middle class tailor the experience for online and scheduled pick-ups e.g when they are going home

The margins will come from efficiency, avoiding maintenance(Rent, Excess Staff) as customers will only be visiting your location to collect their goods and produce or are delivered to them (I don’t want to speak much on delivery as Addressing is still a mess) and have members only loyalty products like Costco 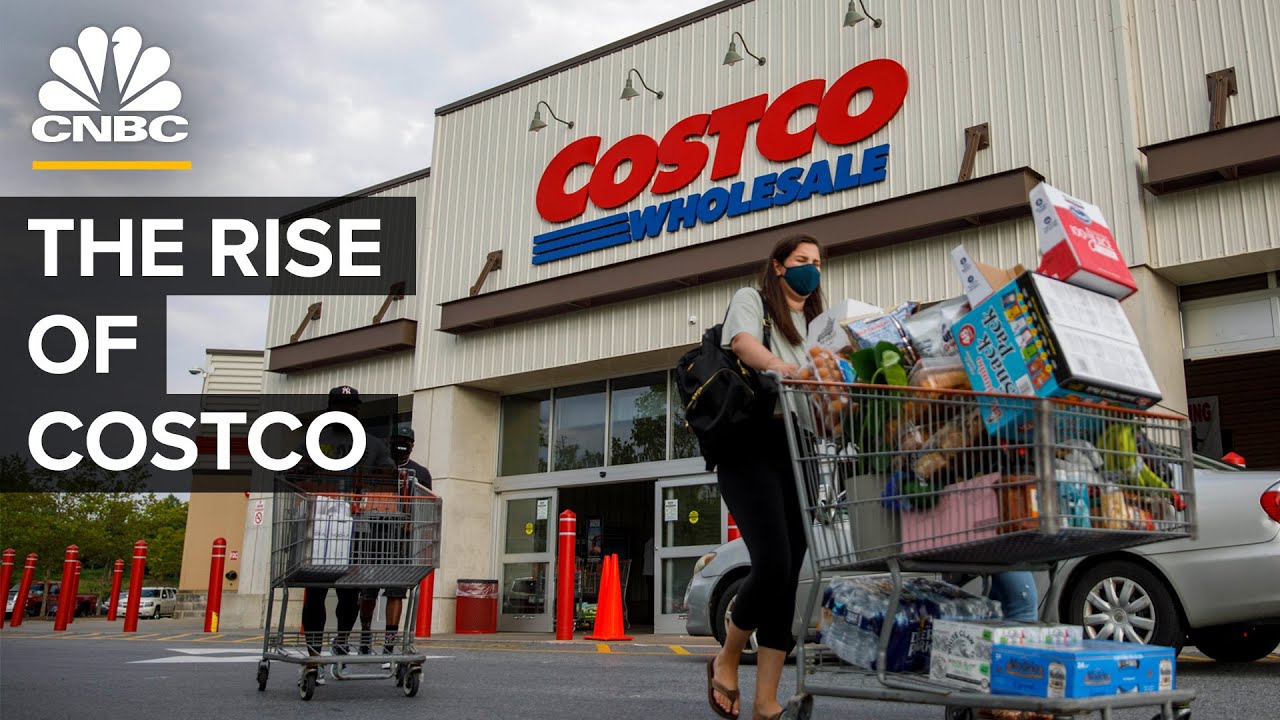 Can department/mall stores start a death march as Prof. Galloway like to say in Kenya?

No Mercy/No Malice: Reckoning in Retail

I am obviously not including a lot of technical details here like ML, Logistics and Inventory mngmt needed but the vividness of a thought…

Safaricom is already part of retail via payments, but they seem rather comfortable.

Scaling retail business to the kind of levels you are proposing is a tough nut to crack. Globally, e-commerce is largely a cutt-throat industry where there are no competitors. Only clear winners and losers. Even Amazon PLC don’t make most of their profits from retail despite being the clear market leader.

That Safaricom launched masoko to a lackluster market response shows you how hard the retail space is. They had to give in to this fact and shrivel back to their cocoon business model of selling just phones. Retail business space si mchezo walijua hawajui.

You hit the nail on the spot with logistical challenges in Africa being too costly. Also one key thing to note is Safaricom being a publicly listed Kenyan company, they cannot afford to burn cash into a product like masoko the way Jumia (local example) or Amazon can.

E-commerce is not a novel idea in Africa. We are way ahead in terms of mobile data Internet and mobile payments. Yet no signs of a clear ‘African-style’ Alibaba retailer. Points to more than meets the eye.

Safaricom might just be choosing their battles wisely here. After all, they are liable to shareholders when it comes to key decisions like investing hugely in a shaky business environment.

Sorry for the late reply, my notifications were off.
Galloway is brilliant, I think department stores make sense, especially looking at the success of Naivas and newcomers like Quickmart have. Wallmart pulled this off magnificently but I have never used their platforms. My view on retail locally is it is heavily trust driven. The loyalty is massive and the churn is low. It would be no brainer for Safaricom to get customers.
The biggest hurdle for such ‘traditional’ malls is understanding their customers. A company like Facebook/Instagram spinning a retail enterprise will be so deadly because of how much they understand a user. The ads are almost near perfect. Walmart and most online retailers depend on such platforms for ads.

I agree on the challenges of e-commerce. These are long-term bets. Just like infrastructure (Fibre & 4G).

However i would argue that Safaricom biggest hurdle is product vision and talent rather than it being public, the governance is also questionable.

Amazon is misleading because they have bundled up so many business together & they barely account them separately. In fact is has had positive cashflow since 2002 - even while building their own logistics & warehouses. “Some of those businesses are established and highly profitable and others are new and in a start-up loss making phase, but you can’t really see from the outside,… it’s many businesses leveraging a common platform and a common balance sheet” - https://twitter.com/benedictevans

From my suggestion, Safaricom doesn’t hold any inventory so most of the expenses is on the platform, people & logistics (they own a chuck of Sendy). Jumia was trying to do everything that’s why there is a huge burn.