I noticed that daily nation have started blocking one from reading articles if you have blocked ads. Noted it yesterday but only connected the dots today. You can visit the home page just fine but try loading any article and you’ll be met with this vague notice.

Disable your adblock and you can read the article just fine.

Has anyone else experieced this or is this a bug in my adblocker of choice (uBlock Origin)? or it’s another step towards monetising their content after putting articles behind login walls (Nation Prime).

Confirmed, they blocked content if your adblocker is on. Anyways, they don’t hold monopoly on news, I’ll get it elsewhere.

Anyways, they don’t hold monopoly on news, I’ll get it elsewhere.

After sometime you will find that the solution is an easy whitelisting, which shouldn’t be hard as they don’t shady ads placements like their rivals Standard, whom I’m made to understand are also doing the same, but communicating the reason for their action.

Brave Browser always works fine from sites that block you when you block ads. Sometimes, it bypasses paywalls too.

With Google planning to implement Manifest V3, essentially making ad blocking very difficult on Chromium browsers, Brave will likely be my only browser. Nation should just have waited for overlord Google to screw us up instead. (And vivaldi and Opera if they somehow bake ad blocking into their software).

I need a good way to block every site from search results that refuses to allow me access unless I disable blockers. Plus the subscription sites like New York Times need to disappear from my search results…

Very easy to ready any subscription-based article on The New York Times, unlike others like WSJ or The Washington Post. For the latter two, you just need to keep clearing their cache after maxing free read (similar to HBR). For new york times, I don’t know if my trick can work for everyone, but I don’t need to clear cache.

I don’t know why you guys are furious about DN being anti-adblock. It’s a norm for any traditional media that wants to survive in the age of social media and connectivity. Those articles are not written by robots, and I’m certain it is almost impossible to find a credible source that doesn’t monetize.

You don’t need to pay, just find creative means to go around them (I rarely read local papers, only Business Daily once in a while).

I don’t know why you guys are furious about DN being anti-adblock.

DN are good. Wait until you find a site with great content and tons of auto-play videos and video ads popping everywhere.

I keep Brave ads turned on all my browsers coz they respect the user. Two ads per hour (which I can disable) that show up silently aren’t that bad. I click on some of those ads if they pique my interest…

I don’t hate ads, I hate “in your face” ads that make a page look like a Christmas tree

Then you should whitelist DN and other NMG sites, they are decent. Standard and Tuko however…

There’s a free script by https://blockadblock.com 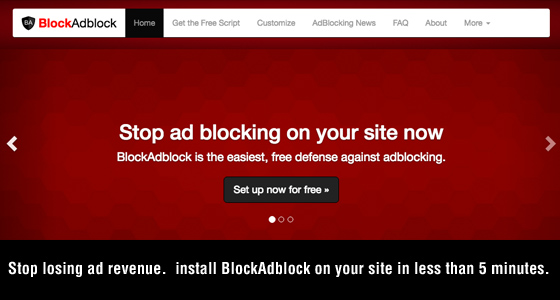 Having to use an adblock browser by choice, I would appreciate if DN did not try to track my google or facebook ids WERE I to subscribe to them. Seriously no pay as you go with this new model. Privacy conscious users might also want to subscribe. How and why did they not put this into account when introducing this futile wall?