So in a confidential document that supposedly leaked in court, Android is noted to have garnered Google profits of over 22 billion dollars since 2008. Do your math in Kshs if you can and confirm that Android ni ‘Baba Yao’ 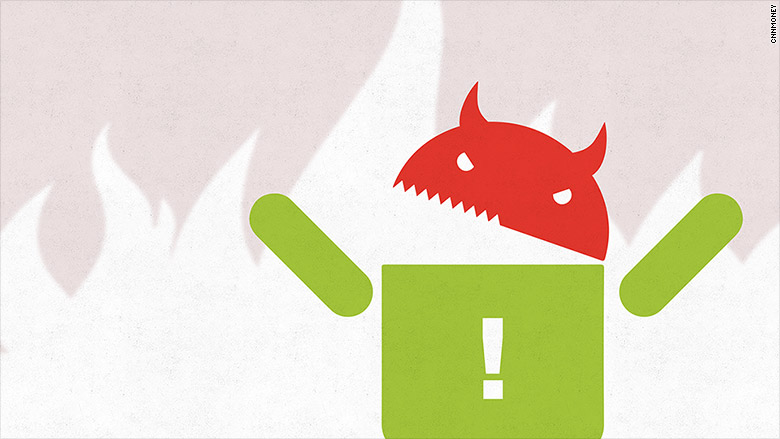 Google is having a major freakout about some highly sensitive numbers that Oracle mentioned in court last week.

Isn’t that the reason Google works really hard to get more and more OEMs on Android, and they also enforced some rules, if you remember from sometime back (can’t remember exactly when) Google changed the license terms for Android OEMs to make it mandatory to display the Android logo at boot for all Droids, this was to fight the impact of Samsung’s where the Korean company was doing all it could to make people think about their phones less about Android and more about Touchwiz, the same TouchWiz that would be present on Tizen devices.

Google new that when this happened, it would be easy to port users when they move from TouchWiz to TouchWiz irrespective of OS, where they wouldn’t know the difference.

Even Microsoft has acknowledged that Google has won it where it comes to ads. and Mobile ads are bigger than web ads currently. Ask Zuckerberg. Revenue from ads when devices are predominantly Android and thus by default Google means the company is in for revenues in the long term. No close challenger to that dominance.

No close challenger to that dominance.

Have you ever though how the market would be if iOS was not exclusively used on Apple devices? Like if they made it an open source software and then offer it to hardware manufacturers like Google does with Android. I bet iOS would probably effectively rival Android. We’d only be talking of Google leading from the search engine front. As of now I agree there is no challenge to the dominance of Google’s Android.

True. This was around mid 2014. Some blogs even claimed android logo was to be at the back of each new device running Android though that never materialized. This is a time we started hearing of Tizen emerging as an alternative for Samsung and WebOS for LG.

That is a lot of money but compared to what Apple is making off iOS devices, it’s peanuts. As an Android fan, I am of the opinion that it could do so much more to make things better for both the user and itself. When you are Google, “build it and they shall come” is very true. They need to seriously build. Find a way of efficiently managing Android so that everyone is happy/satisfied. Android OEMs aren’t making crazy profits. Most, if not all, are struggling. Sony is struggling, HTC keeps on getting on and off the deathbed, Samsung had a terrible year, as did Xiaomi whose shipments fell short of expectations and so on and so on.

there is no challenge to the dominance

That’s true because at the moment no one, besides Google and its Android, is keen on powering the phone everyone uses. Apple and iOS only operate at the very top where there is serious money for every iPhone unit that leaves some factory floor in China. There is no real incentive for anyone else to come and make phones for everyone and so Android it shall be for quite some time to come. The only challenge is Android being made to work well for everyone. That brings me to a topic I hate to indulge in: Android One.

It really does seem like android has won the platform war when it comes to mobile. What Google really ought to do is make sure they do not end up like microsoft which won the PC but stoodby and watched as mobile revolution took off. It is interesting to see whats the next big thing (Platform): VR, IOT, smartwatches, AI etc

Here’s on perspective on Google vs Apple in the smartphone wars:

Comparing Android vs iOS is very flawed. Why?

I have to admit I don’t like that Android runs the world because now Google can fetch more and more of a user’s data especially since you are almost forced to sign up with a gmail account hence that is more analysis they can perform on you etc.

For Google yes, they hardly try when it comes to the hardware. For Apple, it is not as straightforward. The iPhone accounts for over 60% of its profits and the biggest thing about it is not just the hardware but the software as well. People like iOS for what it is and what it brings to the table so much that when things look like they are falling apart, the most influential Apple journalists (if we may call them so) are up in arms (see Walt Mossberg’s reaction). The enormous revenues that Apple has been making and allowing developers to make as well from apps in its app store are also testament to this. Then there’s the future. The company invested a lot in Beats not for the hardware but for the music streaming service which we now know as Apple Music. Apple’s past may have been focused solely on the hardware but the future is on the software. Hardware sales will stagnate going forward (starting this year actually if the last quarter is anything to go by) and it is becoming increasingly hard to excite the masses since everyone is doing a pretty good job with the hardware but the software… Well, before we get to that point where the Apple Car is a thing.