AMD is now the better all round processor

AMD’s Ryzen 5000 series just launched based on Zen 3 and for the first time, the Ryzen 9 5950X is the best processor in both multithreaded and single threaded applications.
I mean they increased the IPC by 19% , doubled the shared L3 cache cache to 32MB ,increased floating point and integer execution memory and basically better efficiency on the same 7nm node and they didn’t even force users to upgrade to a new motherboard chipset and all these for a fraction of the price intel offers them​

I mean there’s no reason one should buy Intel desktop processors at this point.

My friend, wacha bangi, Intel makes around $20 billion in profits while AMD makes meager $300 million annually. Intel might “die” in PCs but it is not going anywhere anytime soon with such profits

True. The next few years will be interesting. Just seen an upcoming Microsoft Surface Pro X that has a custom Microsoft processor and not the usual Intel Inside. Apple is also following suit with a custom Soc for MACs.

However, Intel Locked manufacturers into some sh*ty long-term contracts to lock prices. That’s why it’s hard to find Rayzens on XPS and ZenBook laptops and more. But freedom is coming soon.

Right now, AMD has almost 50% market share in Desktop processors, Inte has lost Apple which is one of their largest partners, Laptop OEM’s pia are starting to cram in the Ryzen 4000 mobile CPU’s into their High End laptops and the fact that AMD is starting to steal market share in servers with their EPYC CPU line ups. You can figure out the rest for yourself mate

Imagine with their $20 billion dollars in profits, they still can’t figure out how to fabricate 10nm chips let alone 7nm.

I get your point. But what I meant is, Intel is not solely dependent on PC chips alone. It’s almost a monopoly in many other areas, but at least ARM is also trying to compete in some sectors.

Took the words right out of my mouth

Hardly, their PC business may be at risk, but they are not at risk in their core business, which is server chips. The rate at which the world is embracing cloud computing (your basic Android user right now is using cloud storage), and the need for server side computing and algorithms means there is loads of business selling server chips. This also includes chips for 4G/5G and base station hardware.

28% of Intel revenue last year came from China, any guess what the bulk of business was?

AMD is currently getting attention from your kind, but your average shopper will want to hear Core iSomething when shopping. It is not as straightforward.

but they are not at risk in their core business, which is server chips

Actually, they are. I know of a good number of hosts/cloud service providers that are embracing AMDs in what they term as low-cost to high-performance ratio over Intel CPUs, including my own host.

It’s just a matter of time before AMD catches up with Intel. The problem isn’t how but when.

well,AMD may have the better processor right now,but lets not sit here and think Intel is just watching this space and doing nothing about it.Intel is under threat from multiple fronts and in all their businesses so their only way out is to innovate,lets watch this space in 2021…we may be in for a few surprises ourselves

well,AMD may have the better processor right now,but lets not sit here and think Intel is just watching this space and doing nothing about it.

AMD has managed to catch up with the leader and offer more power, more efficiency, and at almost half the cost. And year in year out since the Rayzen landed they’ve been bumping up this number.

In the server side, AMD EPYC processors already outperform a good number Intel’s Xeons by significant margins. Up to 25% more power but at 4 times cheaper than what the market leader offers.

For both companies, it will be interesting to watch.

True, what people don’t realize is that Intel’s big problem is and has always been leadership. At this point , they have no clear goal, they got so comfortable for so long selling customers incremental upgrades they forgot to pour cash into R&D for their next generation chip (7nm node) because they knew AMD was far behind and they had all the market.

AMD had the same problem until 2014 when our mother and saviour Dr. Lisa Su took over in 2014 as Interim CEO. She went all in and together with their engineers built a new architecture from the ground up which would scale properly with time, that’s Zen Architecture.

Since the Introduction of Ryzen in 2017, Intel has been reacting to AMD , all they started doing was pour as much cash into fabricating 10nm and 7nm node without clear engineering plans and it has backfired. They have no 7nm chips and have only a few 10nm chips within mobile devices.

They have had lead in gaming because most games were optimized for intel chips and of course they are very good at single threaded applications.

And the fact that AMD can tease fans with such products as Ryzen 9 3990X which is a desktop processor with 64 cores is amazing.

Intel eventually will come back, but it will take time and only if they get their shit together .

Since the Introduction of Ryzen in 2017, Intel has been reacting to AMD , all they started doing was pour as much cash into fabricating 10nm and 7nm node without clear engineering plans and it has backfired. They have no 7nm chips and have only a few 10nm chips within mobile devices.

It’s like these guys managed to open the Pandora’s box and kept silent about it.

Pale Intel sahii wako in the same state that Nokia was as market leader a few years ago. It was impossible to see Nokia losing the market at a time when 40% of all exports from Finland were Nokia phones.

Competitors caught up with them in terms of technology, they’re were still market leaders by a huge margin, but were dealing with failed projects one after the other.

At present, Intel is between a hard place and a rock. They can only go higher and not lower. They have tons of expensive processors and to imagine that they can create cheaper ones that outperform their expensive ones is next to impossible.

In contrast, AMD is focused on low-cost, high performance. I loved the tagline of Ryzen processors. “Gaming PCs for Everyone” Right now most people think AMDs are for gaming PCs

They should come up with more catchy taglines to capture the consumer’s attention. Something like “Ryzen SuperComputer” just to make people feel like they’re buying a beast or something

PS5 and XBOX Series X are both running on AMD.

Yes, though they are a toned down version of Zen 3 and RDNA2 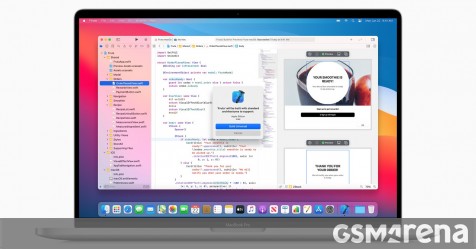 Apple to introduce the first ARM-powered Macs on November 17

The AirPods Studio, Apple's first over-ear headphones (not counting Beats models) will be the "one more thing" at that event.

However, DELL, Lenovo, and HP account for 40% of Intel’s revenue. AMD need to capture this vendors with more offerings but but that might take longer due to long-term contracts that Intel has with these guys.

AMD is currently getting attention from your kind, but your average shopper will want to hear Core iSomething when shopping. It is not as straightforward.

What average shopper? People are tech savvy siku izi, kwani huoni ata simu pia wakimarket they start talking about the SoCs these days? Rudi 2018 and tell me which phone maker focused on talking about processors when marketing.

Just the other day, I had to take back my laptop to where I bought it since I was experiencing issues and this clueless looking, well pardon my language, ‘slay queen’, with daggers for clip-on nails walks in to buy a laptop. The attendant showcased a variety of PCs and I was at a loss for words when she asked, ‘Ni gani iko na processor ya AMD?’.

I almost swallowed my tongue.

Intel has a difficult task ahead in trying to keep up with AMD right now, and it’s really just a matter of time before AMD leaves them in their rearview mirror.

Get the hell outta here!

The audacity to predict death yet you are 8 generations old.

Such irony. With all the resources that they can’t R & D a 10nm chip is absurd. I understand their chips are more transistor dense per area…